Lara Anstead made to to TEAM TOM on The Voice UK 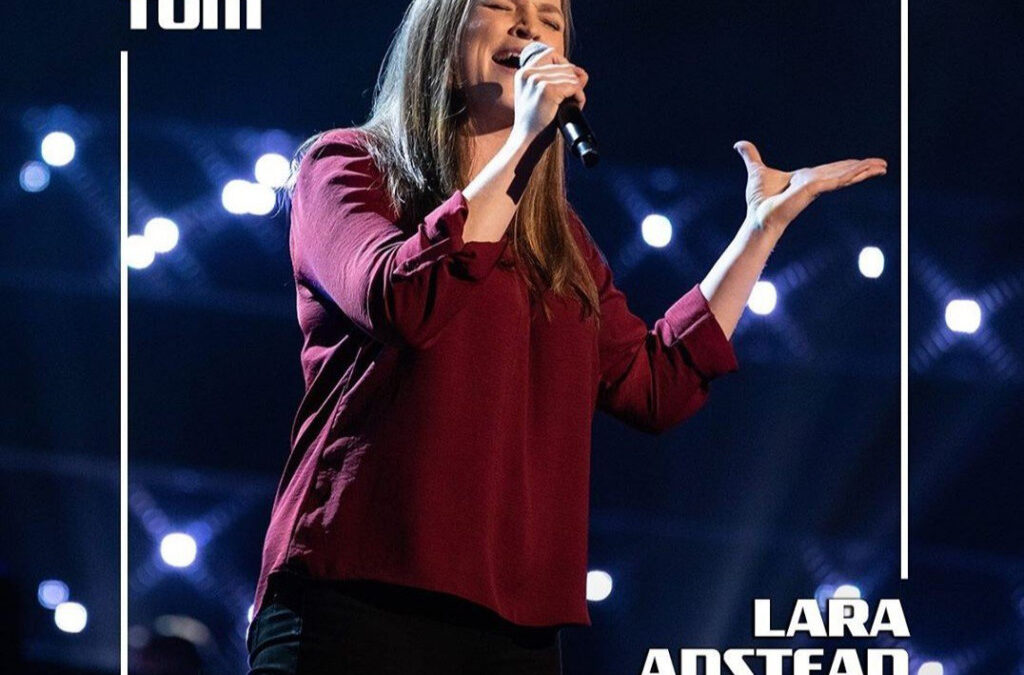 Sir Tom Jones turned his chair for on the blind auditions and Lara was thrilled to be on team Tom. Lara went to the next round performing a duet in the ‘Battle Stage’ with Jonny Brooks, they performed ‘US’ by James Bay. Sir Tom choose Jonny in the battles but Lara says she is not ‘upset’ on the contrary and feels extremely proud of herself for getting as far as she did. Lara says STING is a big part of her life, it gave her the confidence when she was a student at the school to be a young performer and she only hopes her students at STING will be proud.